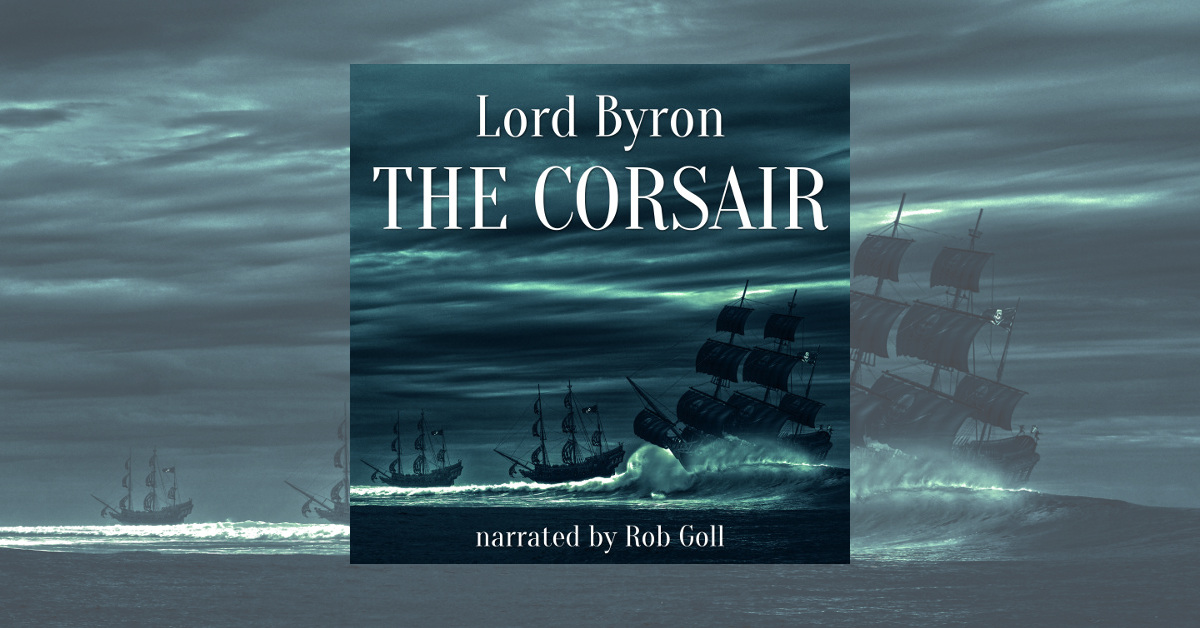 The Corsair on Audible

The Corsair on Audible UK

The Corsair on Amazon

The Corsair on Amazon UK

"The Corsair" is a narrative poem in three cantos. It was published in February 1814, and such was Byron's popularity at the time, that it sold 10,000 copies on its first day of sale.

The poem is the third, and the longest, in the series of Byron's Oriental Romances or Heroic Tales - the other poems being "The Giaour", "The Bride of Abydos", "Lara", and "The Siege of Corinth" and "Parisina". The poem has been the inspiration for numerous musical adaptations, among them two operas and a ballet.

Conrad, the Corsair, is the chieftain of a pirate band, and plans to attack the Pacha, Seyd, and seize his possessions. Conrad's wife, Medora, prevails upon her husband to abandon his plan and remain at home. Confident in his plan and assured of his safe return, Conrad and his pirate crew set sail for the Pacha's island.