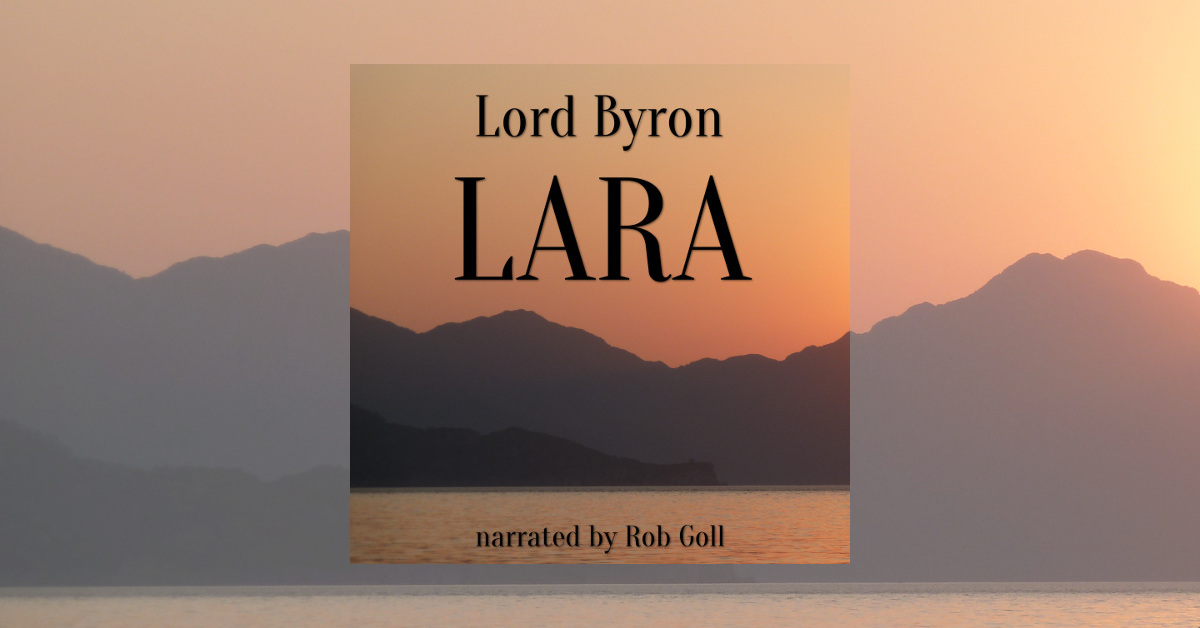 "Lara" is a tragic narrative poem in two cantos. It was first published anonymously by Lord Byron in 1814 alongside the poem "Jacqueline" by Samuel Rogers.

The poem is the fourth in the series of Byron's Oriental Romances or Heroic Tales - the other poems being "The Giaour", "The Bride of Abydos", "The Corsair", "The Siege of Corinth", and "Parisina". It is often considered to be a sequel to "The Corsair", although the characters of Lara and Conrad differ considerably.

Count Lara returns home after a long absence abroad. He is accompanied by a single page, the faithful Kaled. In his youth, prior to his travels, Lara had led a dissolute life. On his return he is much changed - haughty, reserved, and world-weary. Nothing is known of his life in the interim. During an evening function given by the Count Otho, a local magnate, the host's cousin, Sir Ezzelin, angrily confronts Lara with accusations of unnamed crimes abroad. Otho intervenes and an appointment is made for the following day for the local nobles to hear and judge the accusations.