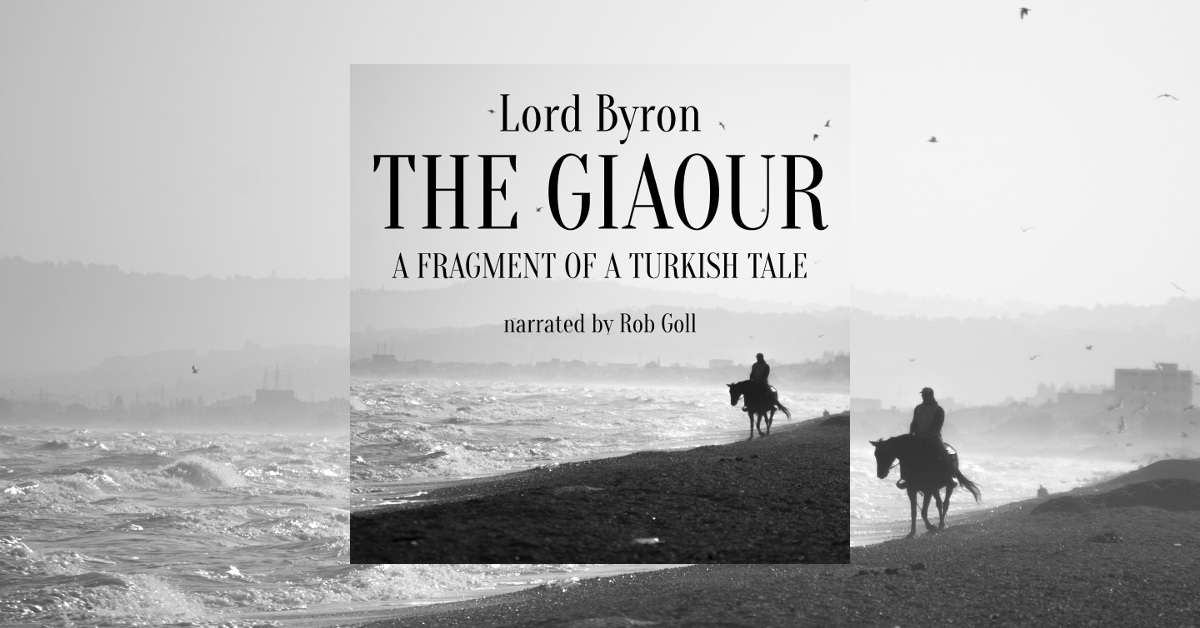 The Giaour on Audible UK

The Giaour on Amazon UK

The Giaour - A Fragment of a Turkish Tale is a narrative poem published in 1813. During that year, numerous versions were published, each successively longer than the last, before arriving at this final version of 1,334 lines.

"Giaour" is a derogatory Turkish word for infidel or non-believer. The Giaour of the poem is a true Byronic Hero, a character type described by Lord Macaulay as "a man proud, moody, cynical, with defiance on his brow, and misery in his heart, a scorner of his kind, implacable in revenge, yet capable of deep and strong affection".

The story is of a female slave, Leila, who loves the Giaour and is in consequence bound, thrown in a sack, and drowned in the sea by her Turkish lord, Hassan. In revenge the Giaour kills Hassan, then in grief and remorse banishes himself to a monastery.