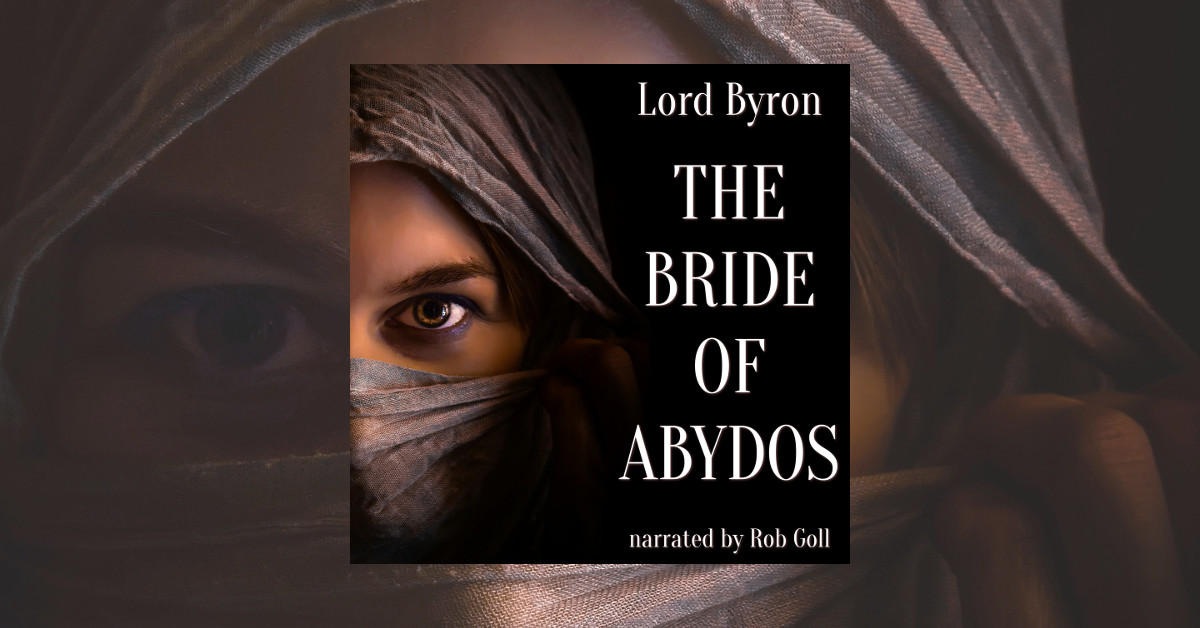 The Bride of Abydos on Audible

The Bride of Abydos on Audible UK

The Bride of Abydos on Amazon

The Bride of Abydos on Amazon UK

"The Bride of Abydos" (originally titled "Zuleika") was published in December 1813, having been written in only four days. It is a narrative poem of two cantos comprising stanzas of varying length.

The poem is the second in the series of Byron's Oriental Romances or Heroic Tales - the other poems being: "The Giaour", "The Corsair", "Lara", "The Siege of Corinth", and "Parisina". These poems were all greatly successful and enhanced Byron's poetic fame at the time, as well as his critical and commercial reputation.

The Pacha, Giaffir, has decreed that his beautiful daughter, Zuleika, is to be married to the rich and elderly Bey of Carasman. She confesses her grief to Selim, her beloved half-brother. Selim entreats Zuleika to meet him in a grotto later that night, where he appears in pirate garb. He declares that they are not brother and sister, but cousins and reveals that Giaffir murdered his father, Abdallah. Selim professes his love for Zuleika and tells her of his plans for avenging his father's death.