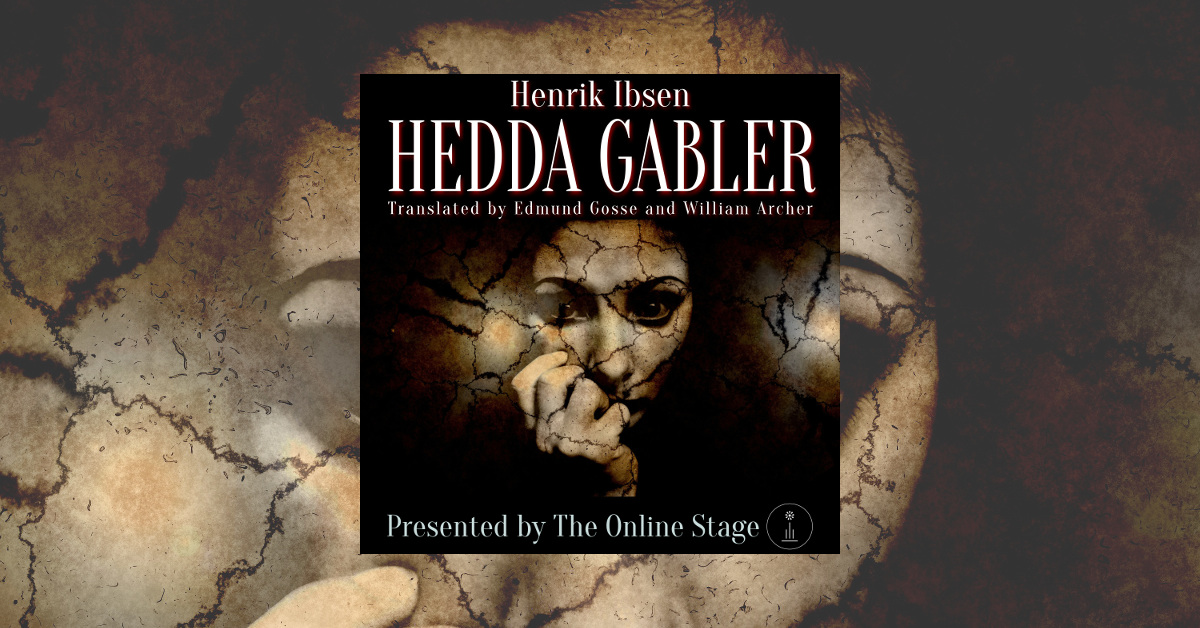 Hedda Gabler, a play in four acts by Henrik Ibsen, was published in 1890. The first production in English was in April 1891 in London. The title role of Hedda is considered one of the great dramatic roles in theatre.

Hedda and George Tesman have just returned from their six-month honeymoon tour of the Tyrol. George, a studious and somewhat dull academic has spent most of the time continuing his research. Hedda, the daughter of the celebrated, aristocratic General Gabler, recently deceased, has been accustomed to the finer things in life. She is already bored in her marriage and diverts herself with her father's pistols and the attentions of family friend, Judge Brack.

The Tesman's future prosperity rests on the promise of a university appointment for George, but the arrival of Eilert Lovborg, a former admirer of Hedda, and a competitor for Tesman's academic position throws a shadow of uncertainty over this appointment. Prompted by jealousy of an old schoolfriend and her desire to have power over a human destiny, Hedda embarks upon a course of actions with tragic consequences.