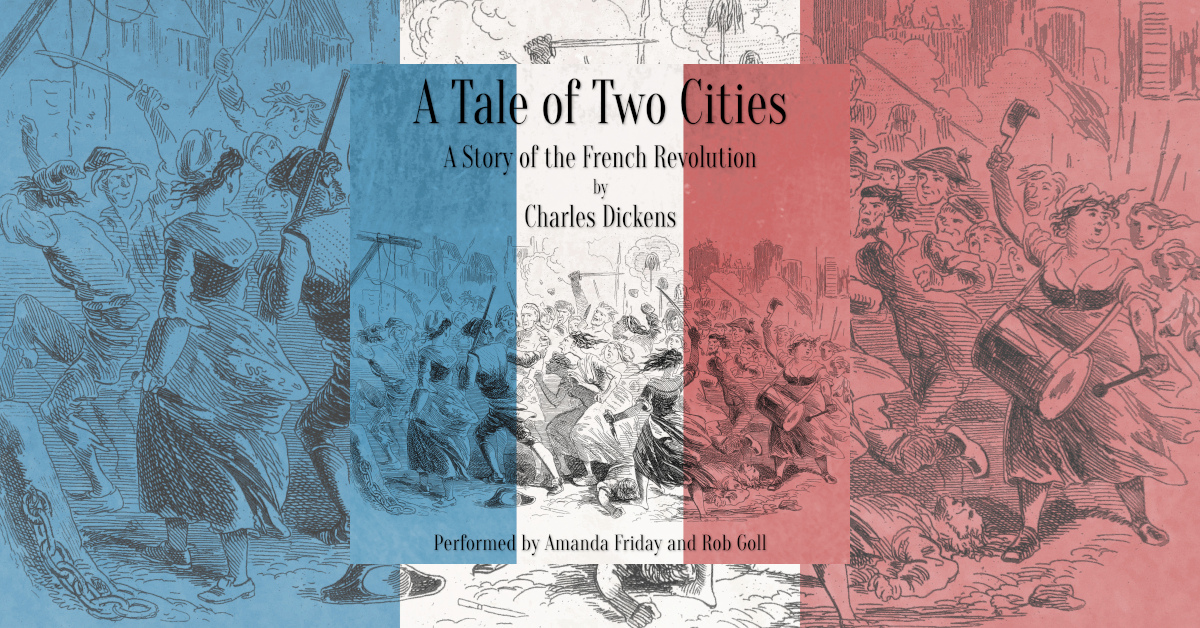 A Tale of Two Cities: A Story of the French Revolution on Audible

A Tale of Two Cities: A Story of the French Revolution on Audible UK

A Tale of Two Cities: A Story of the French Revolution on Amazon

A Tale of Two Cities: A Story of the French Revolution on Amazon UK

Lucie Manette, long believing herself to be an orphan, meets with London banker Jarvis Lorry in the Royal George Hotel in Dover and finds out her father, Dr. Alexandre Manette, is alive and has been held for the last 18 years as a political prisoner in the Bastille. The three are reunited in an attic garret in Paris, close to the wine shop run by Ernest Defarge, the doctor's former servant, and his wife, Thérèse.

The doctor is found to be making shoes, a skill he learned in prison as a distraction that, for him, has become an obsession. The doctor is brought to England, where for five years, Lucie devotedly restores him to his former self.

A trial at the Old Bailey, in which Lucie and her father are witnesses for the Crown, introduces into their lives two men - so like each other in feature, so unlike each other in manner - Charles Darnay, a self-exiled French aristocrat, and Sidney Carton, a gifted but profligate lawyer.

Both men fall in love with Lucie. Carton confesses his love to Lucie, but also his unworthiness of her and confides this secret to her as the last good of which he believes himself capable. Darnay proposes, and Lucie accepts.

In London, life continues happily, while in France, the turbulent waters of a discontented sea boil and bubble as the Revolution approaches. The Defarges are key players in the forming of the new republic of "Liberty, Equality, Fraternity, or Death". Darnay returns to France in aid of a former servant, unaware of the danger that awaits him there....

Vengeance stalks the bloodstained streets of Paris, and one shadow looms large: the lethal shadow of la guillotine.

A Tale of Two Cities is one of Charles Dickens' later novels, published and serialized in 1859. It is a compelling tale of love, sacrifice, and redemption set against the backdrop of the violence and horror of the French Revolution.