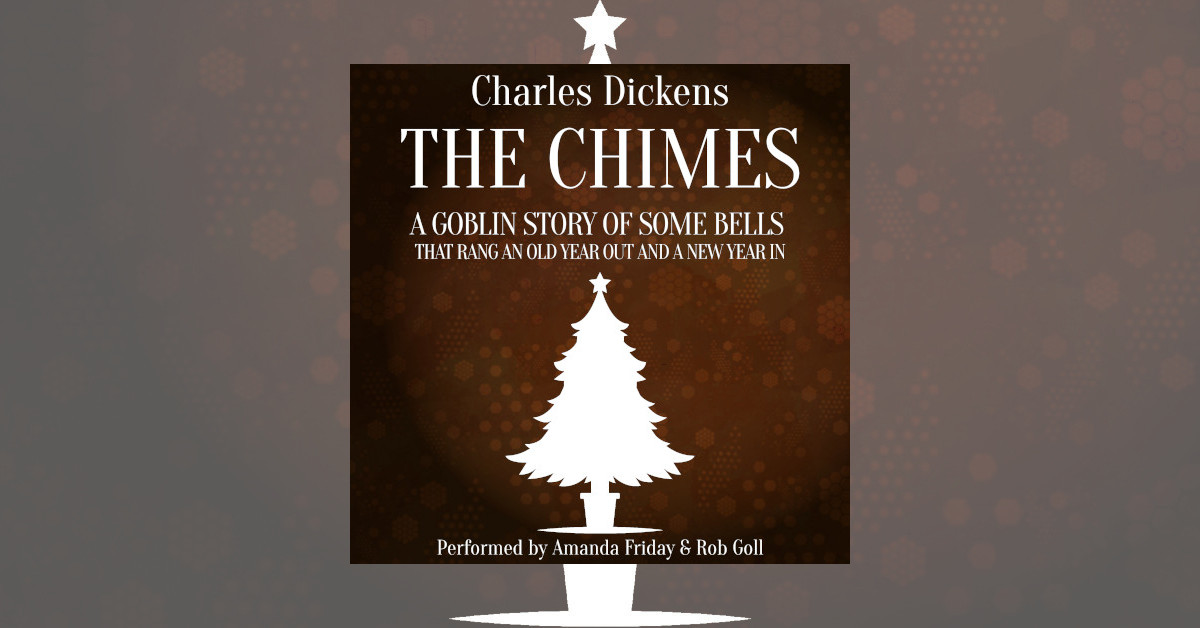 The Chimes: A Goblin Story of Some Bells that Rang an Old Year Out and a New Year In by Charles Dickens

The Chimes on Audible

The Chimes on Audible UK

The Chimes on Amazon

The Chimes on Amazon UK

The Chimes: A Goblin Story of Some Bells that Rang an Old Year Out and a New Year In, more commonly referred to as The Chimes, is a novella written by Charles Dickens. It was first published in 1844, one year after A Christmas Carol. It is the second in his series of "Christmas books," five novellas with strong social and moral messages that he published during the 1840s. The remaining novellas in the series are The Cricket on the Hearth (1845), The Battle of Life (1846), and The Haunted Man and the Ghost's Bargain (1848).

The story is set on New Year's Eve. An elderly ticket porter, Toby "Trotty" Veck, a hardworking but poor man, is disillusioned with the state of the world. He is appalled by newspaper reports of crime and immorality, and fears for the future prospects of his daughter, Meg, who is to be married on New Year's Day. Matters are not improved by encounters with the rich and influential Alderman Cute and Sir Joseph Bowley, a distinguished Member of Parliament, who make him feel that the poor have no right to exist in society, and his daughter has no right to marry.

Trotty has always fancied that the bell chimes of the nearby church offer him encouragement when he is most in need. On this particular night, he is drawn to the church tower, where he is greeted by the spirits of the bells and their goblin attendants, who show him a vision of the future....