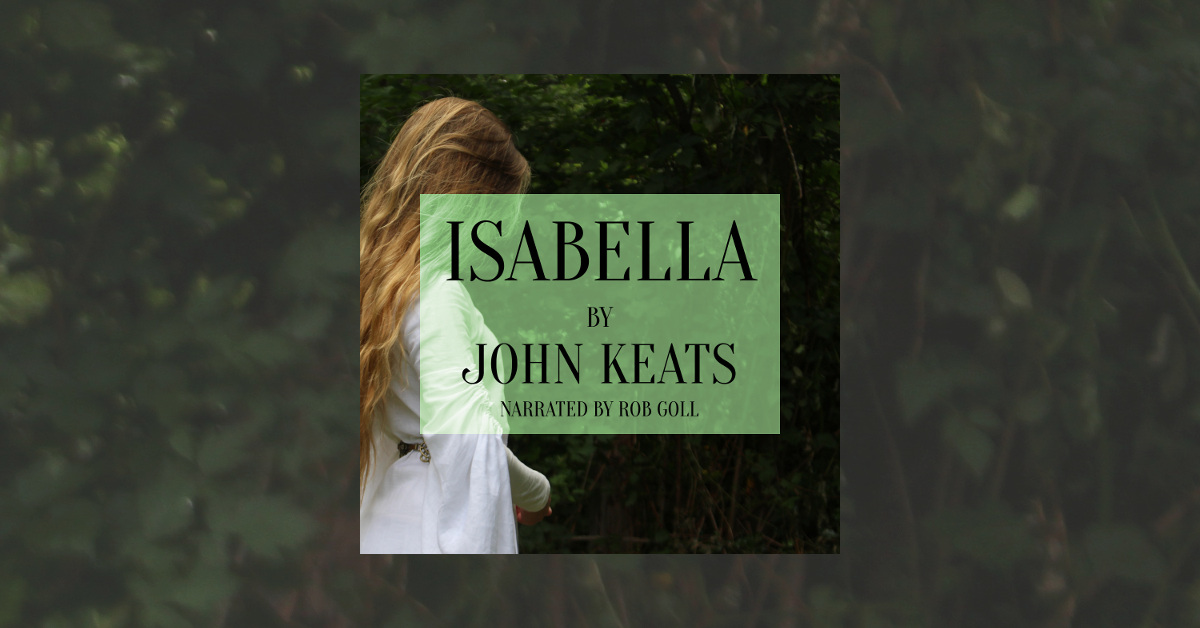 Isabella, or the Pot of Basil is a Romantic narrative poem of 63 stanzas. Written in 1818 and first published in 1820, it is adapted from a story in Giovanni Boccaccio's Decameron.

It tells the tragic tale of Isabella and her love for Lorenzo, an employee of her two brothers.

John Keats (1795-1821) was one of the foremost English Romantic poets. Despite his early death from tuberculosis at the age of 25 he had a considerable poetic output.